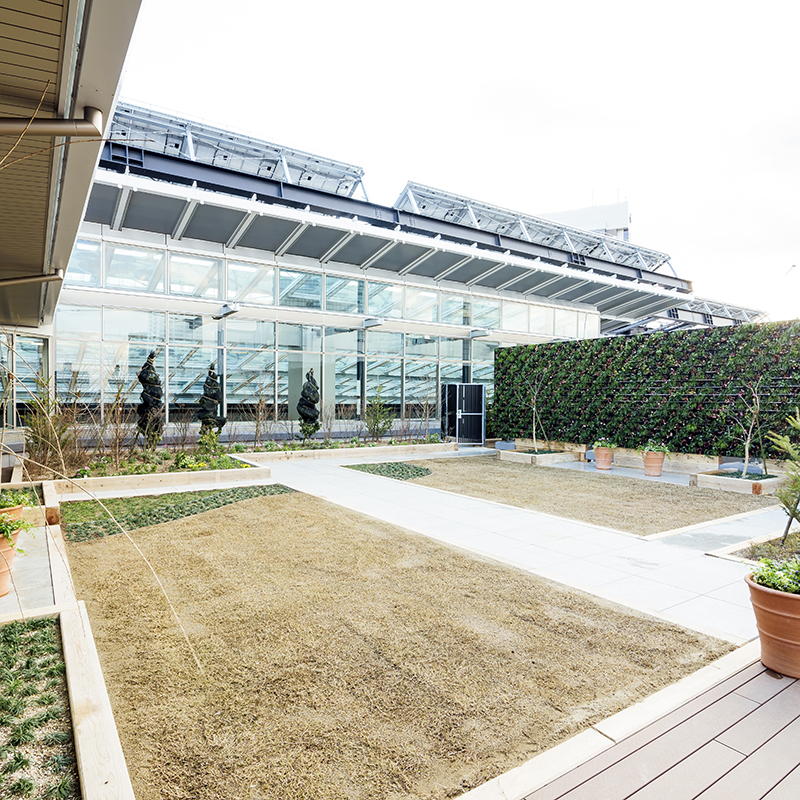 Colorful flowers are blooming in the garden for recreation
The rooftop garden is adorned not only with the familiar flower of Sendai City of Miyagi Prefecture, "Miyagino-hagi (Lespedeza thunbergii)", but also other plants related to Miyagi such as "Sendai-shidare", "Sendai Yoshino" and "zelkova".The wild turf, Kinka-shiba, (Zoysia Japonica) that is native only to Kinkazan island (off the Oshika Peninsula) was also planted here. The garden is where you go to forget the hustle and bustle of Sendai's city center and where you can relax in an urban oasis. 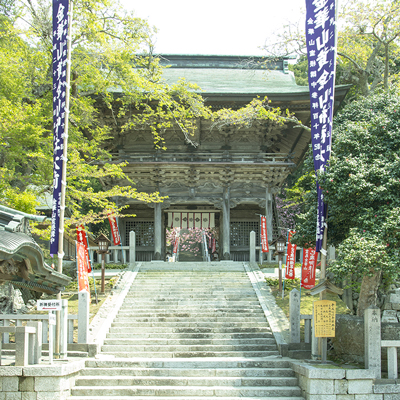 It is 35 minutes by liner from Onagawa Port from Ayukawa, Ishinomaki-shi Port for 15-20 minutes. Solitary island "Kinkasan" which floats off Kinkasan of neighborhood 26km. The whole island is precincts of Kinkasan gold mountain god company. We are counted among Mount Osore, one of "Oshu three hallowed ground" along with Dewa Sanzan, and legend is left saying "we are not in trouble to money throughout the life if we pray successively for three years". Approximately 450 wild deer inhabit Shimauchi, and it is done with errand of God, and God is called deer as an envoy of god (shinroku). 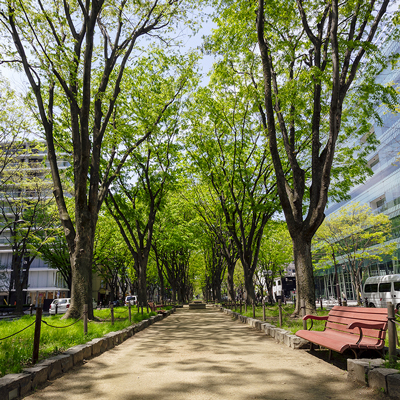 Symbol street of Mori no miyako, Sendai where zelkova Namiki follows by approximately 700m to link Kotodai-koen to west park. Sculpture which Italian well-known sculptor produced is installed in green walk in the center as it was wrapped in approximately 160 zelkovas and can enjoy green and art at a time. Events such as "pageants of SENDAI light" are held in winter, and, "Sendai, green leaves Festival," "Sendai Star Festival Festival" is full of many people in autumn in the summer in spring "teizenji street jazz Festival in Sendai".