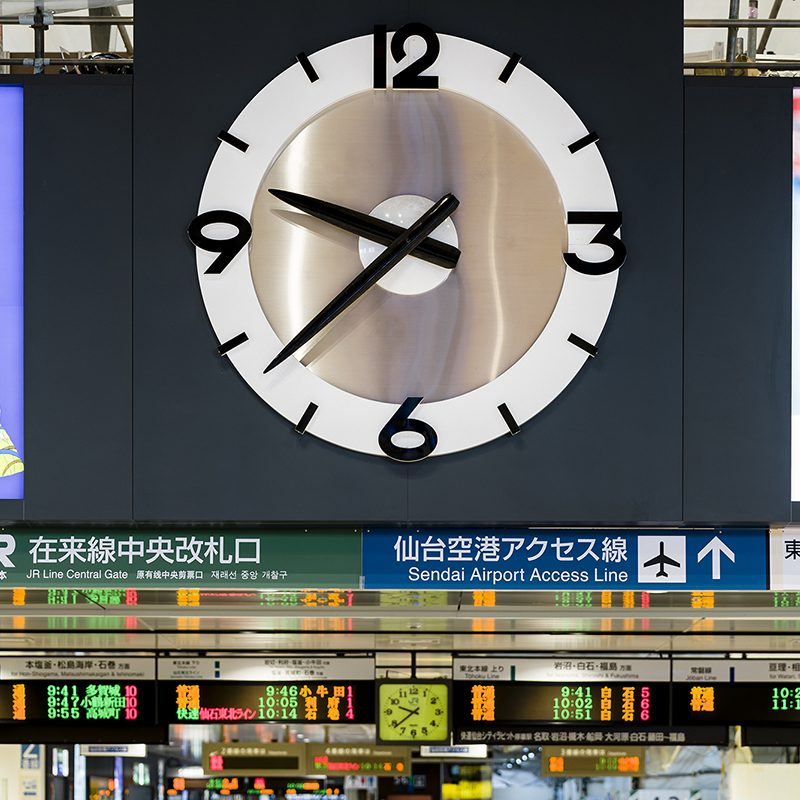 The symbolic large clock, ticking the hours at Sendai Station.
For 23 years from 1949 to 1972, the "Big clock of Sendai Station" was placed above the front door as a symbol of the former Japan National Railways Sendai Station, and was popular as a meeting place. The current image was reproduced in 2008 in the same design and with the same diameter of 2 m as the former big clock.The clock is also the motif of Sendai Station's character "Tokimune-kun".The large clock that ticks the time at Sendai continues to watch the people coming and going around the station. 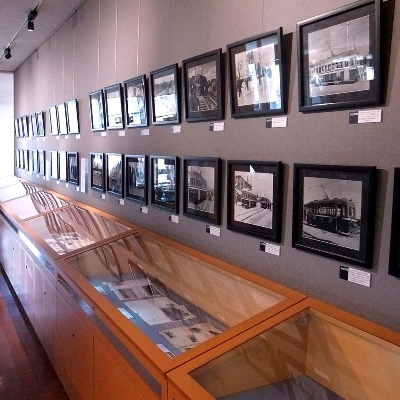 Great clock introduces the history to date from birth of Sendai Station including station building clearly for the fourth generation of symbol. The history such as step and Senzan Line, Senseki Line of becoming displays speed of limited express, the Shinkansen with precious photograph.