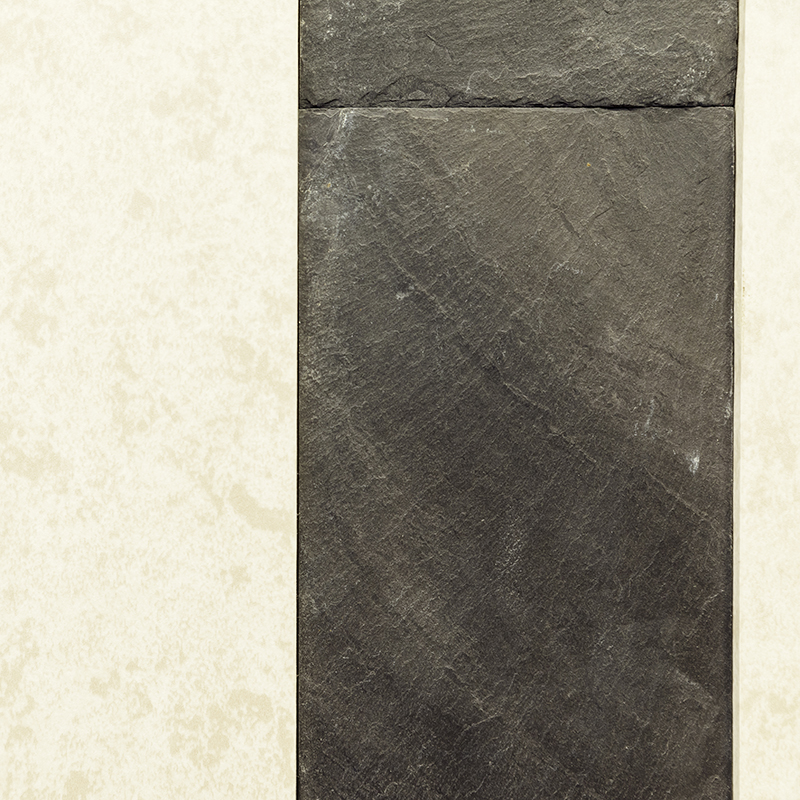 Jet-black Ogatsu stone is inscribed with the history of more than 200 million years
The black tiles decorating the wall are of Gensho stone, a black hard slate, formed 250 million years ago.It is also referred to as "Ogatsu stone" because it is mined in Ogatsu, Ishinomaki. The Ogatsu inkstone was presented as a tribute to the Lord Masamune Date who was pleased to give it his approval.Since it is so resistant to aging, it has been widely used as a roofing material, including for the roof of The Tokyo Station Marunouchi Building, and also for designer tableware. 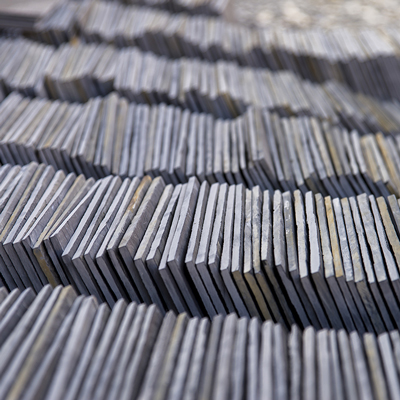