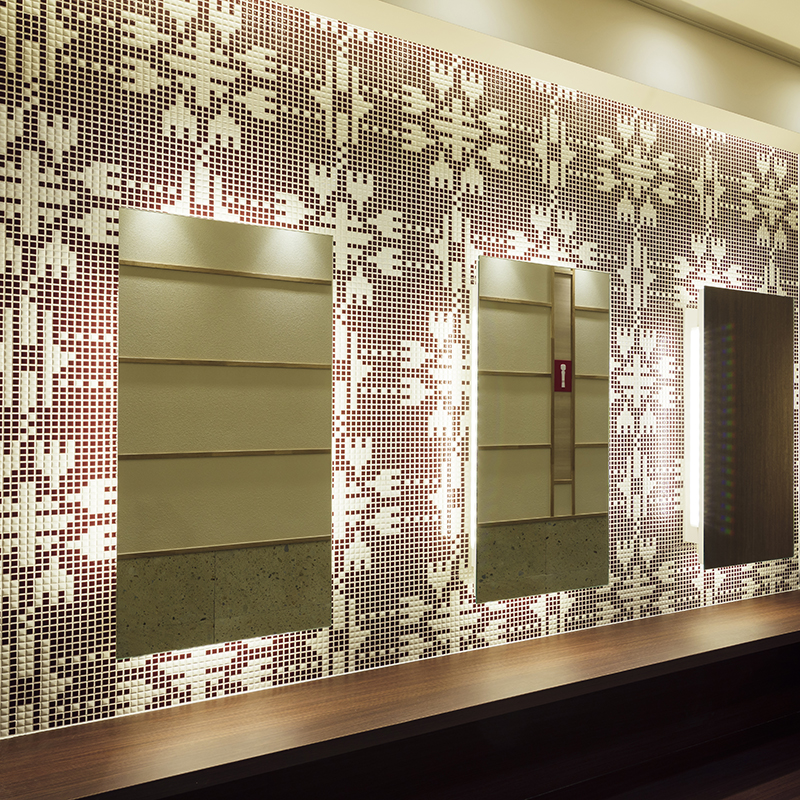 Tiled wall featuring a traditional Tokiwa motif based on an indigo blue stencil dye work
"Tokiwa indigo blue dyeing" reproduces the beauty of splashed and tie-dyed patterns using stencil dyeing.Since the Edo period, the traditional dyeing technique has been handed down and protected by the Natoriya dyeing factory, which is now producing useful cloth items, such as Japanese hand towels.One of these traditional patterns is used as a design motif for a mosaic-tiled wall.Incorporating the widely-spread dyeing tradition of Miyagi and Tohoku into a wall design, helps make you better acquainted with the local dyeing style. 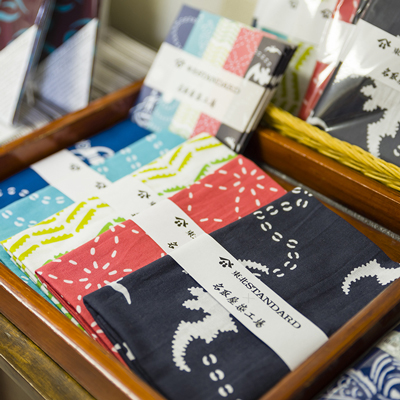 Using model that carved splashed pattern, diaphragm design on tanned paper dyed goods technique "Tokiwakongata resist dyeing" which dyed print to expose, and hung from Meiji early, and developed of cotton. There were many gorgeous designs about flower and butterfly and, commencing with splashed patterns type such as cross or lozenge design, was brought and won favorable reception. Natoriya dyer ground succeeds tradition and technique and it is and protects and is inherited Japanese towel which is convenient cloth of general public now. 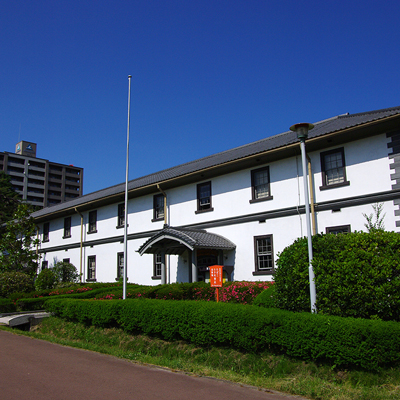