Vivid hues carry a European theme
Instantly recognizable as the symbol of Sendai Station, the stained glass at the station entrance was installed in 1978, just before the Shinkansen bullet train was lunched.Inspired by the desire to see Tohoku prosper, this artwork is the creation of painter, Zenjiro Chikaoka, who studied in Europe. With the motifs of Tanabata Festival's livery, Lord Masamune Date (the 17th century) riding high in the saddle, and Matsushima Islands and Godaido Temple which are the representative landscape of Miyagi Prefecture, the rich colors attracts all the focus to the artwork. 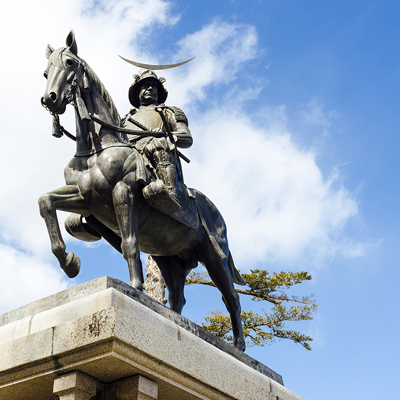 Castle trace which Prince Masamune Date built. Approximately 130m above sea level, the east side and the south side that could overlook Sendai city were built in natural stronghold which cliff hardened. The castle tower was not made, but there were Honmaru palace and kenzo ri, five oars which large hall included and boasted of dignified appearance appropriate for Date 62 Mangoku. Stone wall and restored side oar remind me of figure at the time of going. There is Aoba-jo Castle document pavilion and Sendai Castle information building displaying valuable document of Prince Masamune connection and can touch the history of the Dates. 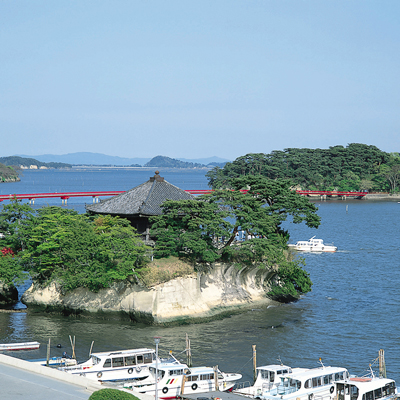 Scenic spot that represents Tohoku counted in one of the three most beautiful views in Japan. Islands of big things and small things more than 260 float in gulf, and it is said that eminent haiku poet, Basho Matsuo admired the figure of scenic beauty. In 828 (Tencho 5), we are founded as Tendai sect deferred fortune temple by jikakudaishienjin and can enjoy famous temple with a venerable history circulation including Godai-do Hall which appears to national treasure in family temple, Zuigan-ji Temple and gulf of Prince appointed Masamune Date. 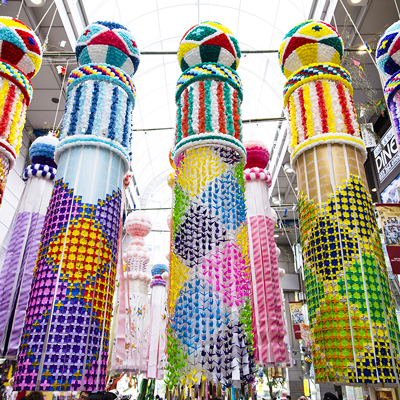 Summer festival that it is held every year for three days of 6-8 days in August, and colorful Star Festival decorations fill up city area. It is old, and, by traditional event to continue from the times of Prince Masamune Date, Star Festival decoration more than approximately 3,000 creates arch now and pleases with beauty and gorgeous figure. Branch or stage event are held in Kotodai-koen and citizen open space, too and heap up the festival mood.