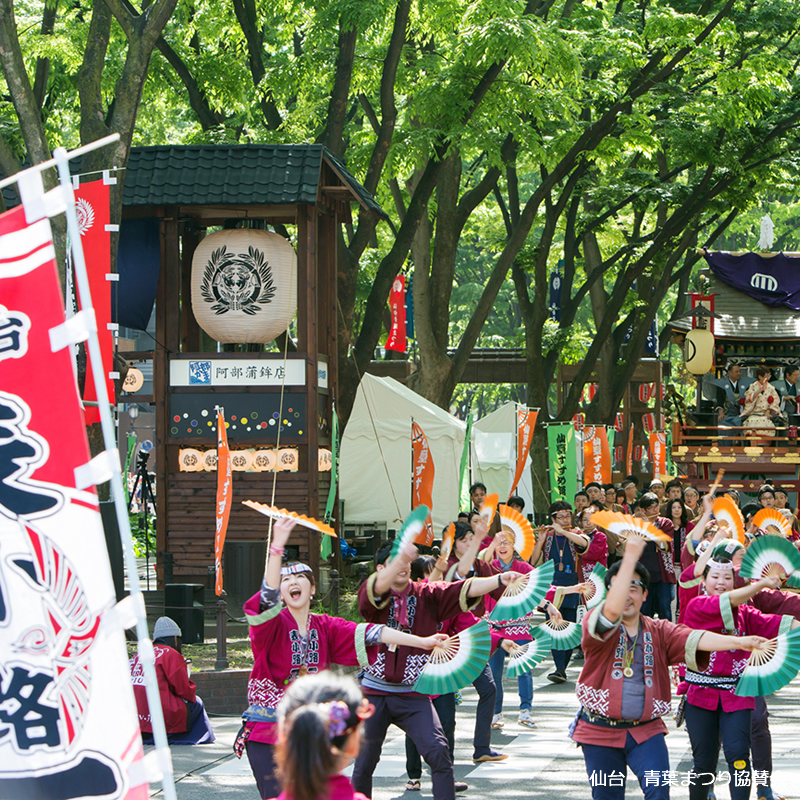 The festival is divided into a night festival and a main festival. For the night festival, the local Sendai Suzume Odori (sparrow dance) is performed with the beautiful zelkova-lined Jozenjidori Street serving as a stage. You can enjoy the sight of more than 4,000 “sparrows” flying, hopping, and dancing. Starting with the mikoshi togyo shrine ritual at Aoba Shrine, the main festival provides a spectacular panorama that resembles a picture scroll from past eras, including the gorgeous Yamahoko Junko parade, and a procession of brave Sengoku warriors. Since Masamune was known as a gourmet, during the festival, the city square is lined with stores packed with delicious items from the old Date clan, and leader of Sendai City and Miyagi Prefecture. There are also stages where the Sendai Suzume Odori dance and local arts are performed, making this two-day period both satisfying for the eyes and taste buds.
[Location]
Sendai City, Miyagi Prefecture
[Festival Dates]
Third Saturday and Sunday of May
[Official Homepage]
http://www.aoba-matsuri.com 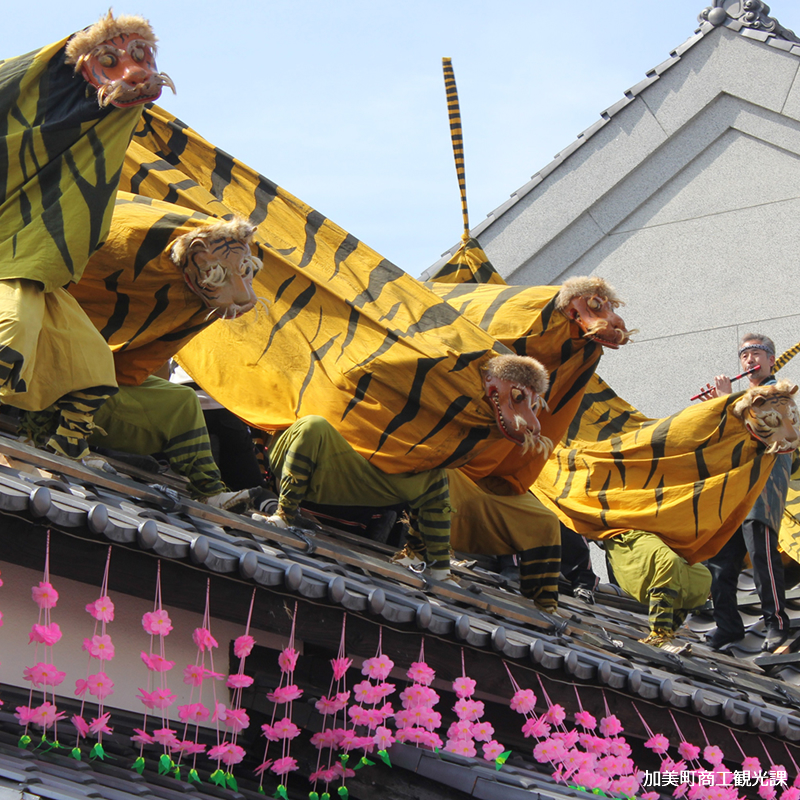 Hatsuuma Festival: Tiger Dance for Preventing Fires
The traditional Tiger Dance for Preventing Fires has been passed down from the Muromachi era in Nakaniida area in Kami Town. Due to the strong winds blowing from the Ou mountain range, the Nakaniida area was often hit by large fires. Learning the Chinese myth that the “clouds follow the dragon and the winds follow the tiger“, the festival originates from dedicating a tiger to the Hatsuuma Festival at Inari Myojin and praying for fire prevention, in the hopes that the tiger’s power would calm the winds. In 1974 the festival was designated as an intangible cultural folk cultural property of Miyagi Prefecture, and is passed down by regional fire brigades. It’s said that Nakaniida is the only area in the country with a tiger dance passed down by the fire brigade.

The day before the festival, beautiful floats and tigers walk around the town, praying for fire safety and security for each home. The appearance of a bravely dancing tiger in front of Karaku Lane Festival Headquarters is the highlight of the festival. This dynamic dance, moving in time with the powerful taiko drummers and sounds of the mournful sounding flutes is a must-see experience.
[Location]
Kami Town, Miyagi Prefecture
[Festival Dates]
April 29
[Official Homepage]
http://www.town.kami.miyagi.jp/index.cfm/11,1584,69,html
<  We return to Display objects introduction