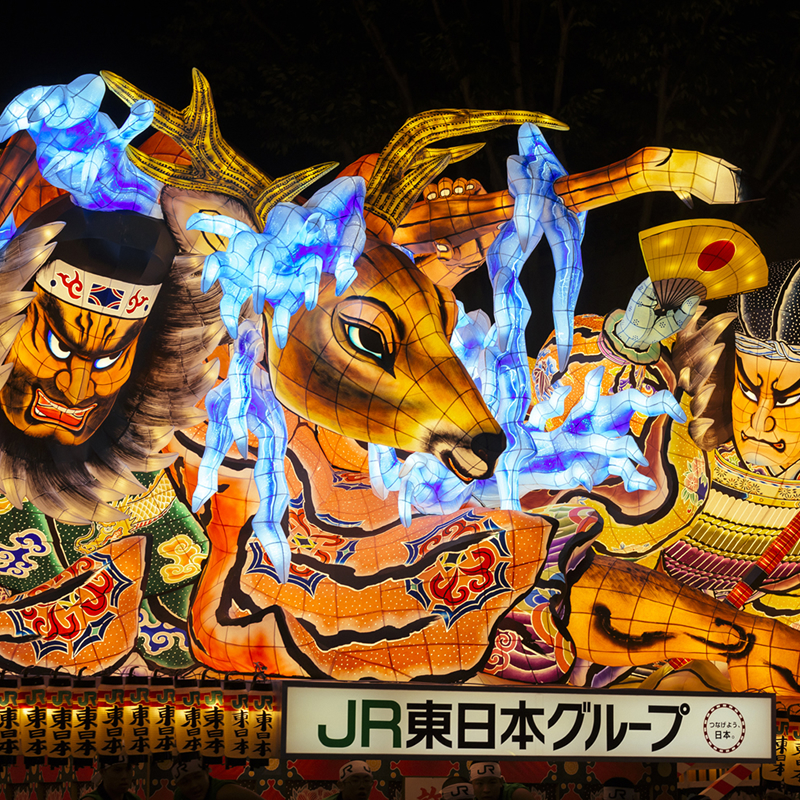 Aomori Nebuta Festival
Over the course of six days, over 2,800,000 tourists come to Aomori Nebuta Festival, considered the most famous summer festival in the Tohoku Region. Though its origins are not certain, it’s said to have developed alongside customs like the Tanabata Festival, and the sending off of spirits of the dead, dolls, and insects. In 1980, the festival was designated as an Important Intangible Folk Property of Japan.

Aomori Nebuta Festival’s appeal comes from the large, brilliantly illuminated lanterns weighing four tons, which are built by Nebuta craftsmen over the course of a year. The Nebuta floats are made based on stories and legends, and the shape of them moving around back and forth just like an animal is truly incredible. Another fun aspect of the festival is the “Haneto” members who dance wildly while chanting “rasse, rasse,” in time with the pleasant festive music performed by Noh musicians. It’s a passionate sight, overflowing with a sense of rhythm that seems to give thanks to Aomori’s short summer season. Anyone can participate in the festival by wearing haneto clothing, which are available for rental or sale during the festival. For the Aomori Nebuta Festival Maritime Procession that takes place on the last day, you’ll be able to enjoy a fireworks show in combination with six floats selected by the festival judges, which move across the water of Aomori Port.
[Location]
Aomori City, Aomori Prefecture
[Festival Dates]
August 2-7
[Official Homepage]
https://www.nebuta. jp/ 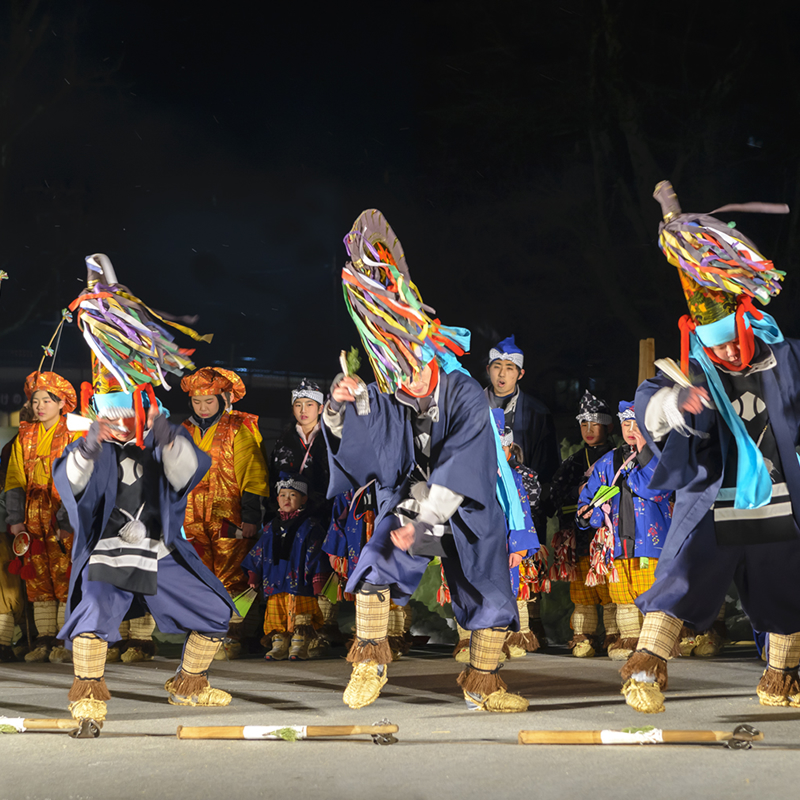 Hachinohe Enburi
Hachinohe Enburi is considered one of the five biggest snow festivals in Michinoku, and is also designated as an Important Intangible Folk Property of Japan. It is said to originate from the sounds of farmer’s tools (Eburi) and rocks (iburi) that resonated in the fields. This is a ceremony to rouse awake the sleeping gods in the fields, and put the souls in the fields to rest. Shinto priests called tayu wear flamboyant eboshi hats that resemble a horse’s head, and perform a unique dance, moving their heads dramatically back and forth. The expression is said to help with the rice crops (in dispersing seeds, planting seedlings, etc.), and is broken into two types: nagaenburi, which consists of slow song and movement, and dosaienburi, which is lively.

The most appealing part is the Enburi procession and Isseizuri, where over 30 groups gather together in the middle of the city and perform the enburi dance, creating a true work of art. In between the vigorous dancing of the tayu priests, children entertain the audience with adorable blessings such as Enkoenko and the Matsu no Mai dance. Starting in the early evening, you’ll be able to enjoy an entirely different type of charm compared to the afternoon, with the Kagarihi Enburi dance performed in the plaza in front of Hachinohe municipal offices, and the Oniwa Enburi dance performed in Kojokaku garden at the residence of an old businessman.
[Location]
Hachinohe City, Aomori Prefecture
[Festival Dates]
February 17-20
[Official Homepage]
https://hachinohe-kanko.com/10stories/hachinohe-enburi
<  We return to Display objects introduction